Wray, though born in Johnson County, lived most of his pre-Army days in Downingtown, PA.  He was a trucker, bus and cab driver and enlisted on June 5, 1941 at New Cumberland, PA.

Wray was an original member of the First Special Service Forces (FSSF) who trained at Fort William Henry Harrison near Helena, Montana.

​The FSSF, also known as the "Devil's Brigade" consisted of American and Canadian commandos.  In October 1943, the commander of the 5th Amy, Lt. Gen. Mark W. Clark, brought he FSSF to Italy where they demonstrated the value of their unique skills and training.  They arrived in Casablanca in French Morocco in November and quickly moved to the Italian front, Naples.

The FSSF were tasked with taking 2 heavily forified German positions in the Italians mountains, Monte La Difensa and Monte La Remetanea.  These positions were controlled by German Panzer units and important to the Allies as they lay between the American troops and Rome, the objective.  Both mountains had a commanding view of the countryside and highway, giving the German artillery control of the area.  After the area was heavily scouted, it was decided the best way to approach the entrenched enemy was up an almost vertical escarpment.  By doing this the Allies hope to catch the Germans off guard,

The assault began at 4:30 pm on December 1, 1943 when the men trained in mountain climbing and fighting tactics were trucked to within 6 miles of the base of the mountain, to then march the remaining way (6 hours).

When reaching the base, all identification was to be removed except for dog tags, before they began their ascent at dusk.  A cover of heavy artillery barrage provided some protection.  By midnight they had reached the final cliff, which jutted upwards for 1000 feet.  The men with ropes tied to one another climbed in the freezing rain and upon reaching the top, moved quietly forward into a depression in front of the German entrenchment.

Initially they were to hold fire until 6 am, December 2, 1943, but some members of the FSSF tripped over loose gravel, which alerted the Germans and the battle was on.  The FSSF still managed to surprise and overwhelm the Germans and they retreated to La Remetanea.  It had been estimated this battle could last 4-5 days, but within two hours, it was over.

The FSSF dug in at Difensa, anticipating a German counterattack, but it didn't come as harshly as thought.  However, Sgt. Wray was killed in action at Monte La Difensa on December 4, 1943 and is buried in the Old Potter Cemetery, Johnson County, TN.  The entire unit of the 1st Special Service Force was awarded the Congressional Gold Medal in recognition of its superior service during World War II.

The successful assault on Difensa was the basis for the 1968 movie "The Devil's Brigade". 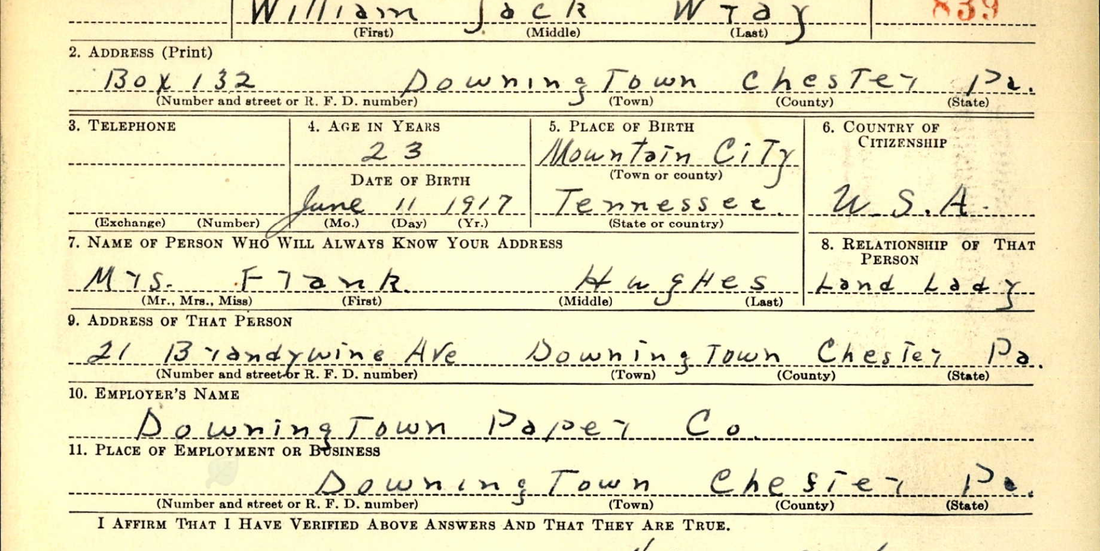