Walsh was inducted into the Marine Corps July 12, 1939 at Parris Island, SC and after basic training at Fort Knox, KY, was sent to Radio Operator School at Quantico, VA for several months.  He was the 4th of the Walsh brothers serving our country in this war.

In May 1940 Walsh transferred to the 1st BN, Headquarters Company, 4th Marine Corps Group stationed in CA and on the USS Nevada.  In February 1942 he transferred to Corregidor  (Fort Mills), Phillippines as a Radio Operator.  Corregidor was the largest of the 4 islands protecting the Manila Bay and had a massive tunnel system all over the island -which housed an underground hospital, space for 1000 beds, storehouses and miles of passages.

Following the Allied loss at the Battle of Bataan,  the Japanese shifted their attention to Corregidor Island, which was essential to the invading troops, as it was the last obstacle to Manila Bay.   On May 6, 1942 Corp Walsh was captured by the Japanese and marched the 60+ miles to Camp Nagoya.

The "Death March" was brutal - severe physical abuse - beatings, torture, wanton killing, little or no food or water.  At one point they were loaded into train boxcars, packed in like sardines, with no ventilation to be taken to Capas, where they were put into the prison camp - Camp O'Donnell.  Approximately 80,000 soldiers - American and Pilipino began the march, but only 54,000 were still alive on arrival at Camp O'Donnell.

Corp Walsh survived the march, but was held as a prisoner of war for more than 3 years.   While working as a prisoner in a steel plant, an explosion took his life on August 10,, 1945.

Corp Walsh is buried in the Shoun-McEwen Cemetery, Butler, TN 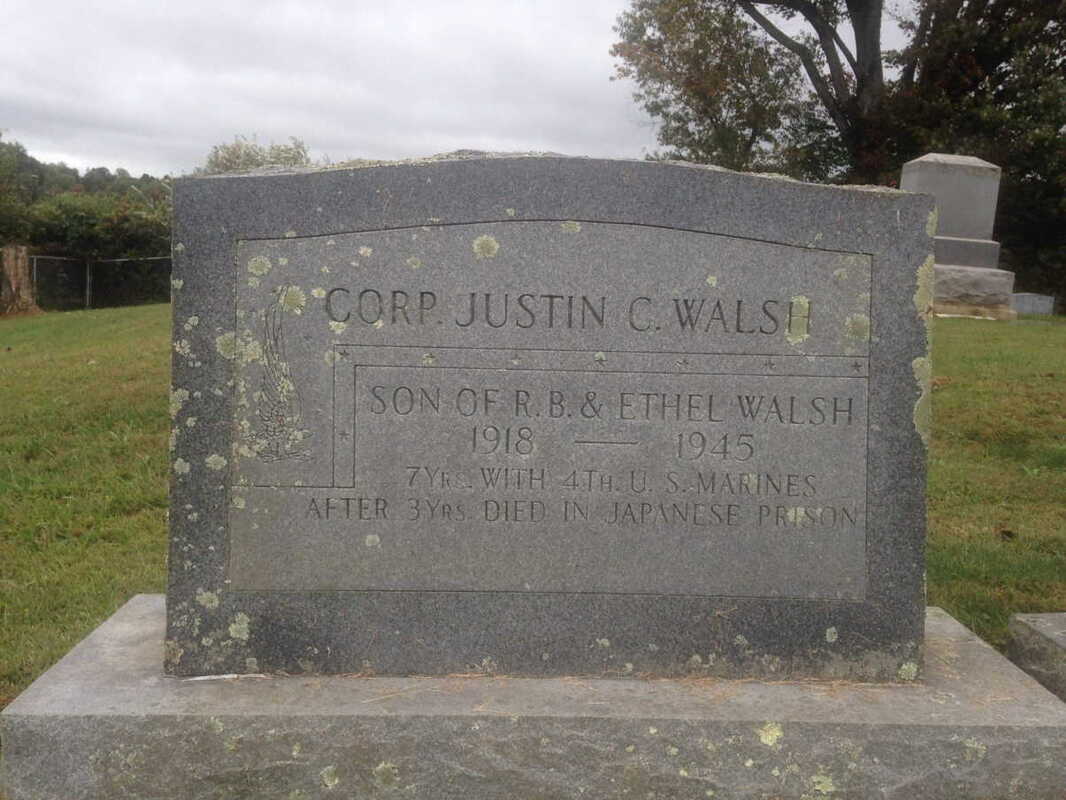