Kirby was a press operator with Triumph Explosives in Maryland before enlisting.  After enlisting, he  graduated from Aerial Gunnery School at Tyndall Field, Fl on February 8 1943.  He received his wings and was promoted to Sgt in three months.  He transferred to Kessler Field, Mississippi taking a course in mechanics to become an Aerial Engineer.  In December 1943 the 455th Bomber Group which included the 741st Bomber Squadron departed Langley Air field and flew to Tunisia by way of Brazil arriving January 1944 and moved into their new airfield at San Giovanni in February.  They flew their first combat mission (Anzio) on February 16. 1944

On May 24, 1944 the plane departed San Giovanni Air Field, Italy on an operational mission to Munchendorf, Austria.  The aircraft suffered a flak hit in the number one engine.  They remained in formation for awhile with the crippled engine throwing oil.  The ship made its way back to the Adriatic Sea where the bomb load was dropped to insure a safe landing when they would reach their base.  However, one of the bombs exploded prematurely a few feet below the plane, so severely damaging the plane that it was forced to make a crash landing into he sea.  The force of the impact caused the plane to break in two.

S/Sgt Kirby was awarded the Air Medal with 4 Oak Leaf Clusters and the Purple Heart and is  memorialized at the Florence American Cemetery, Via Cassia, Italy and buried in Happy Valley Memorial Cemetery, Elizabethton, TN 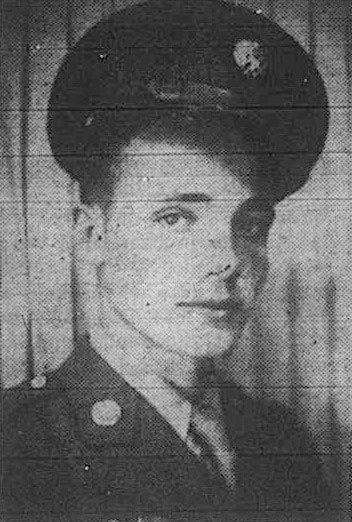 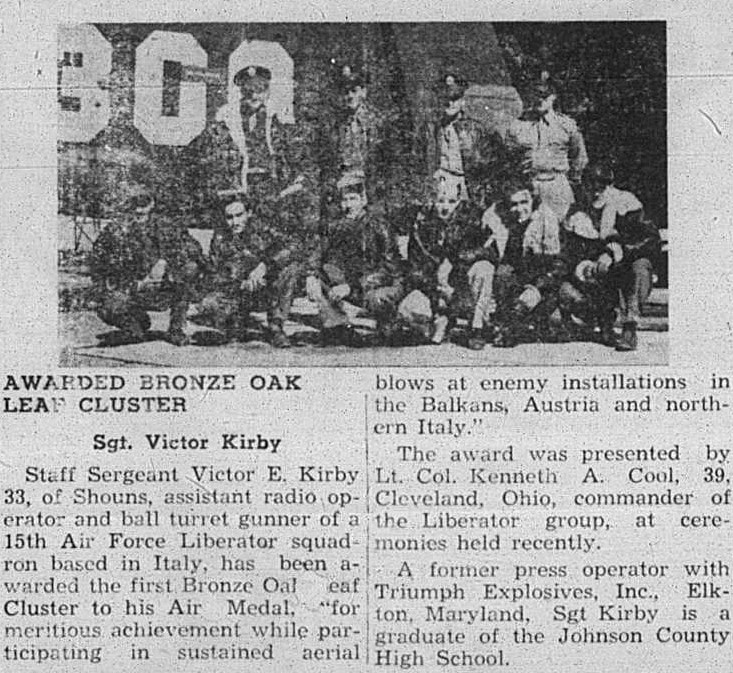