Fritts enlisted on June 2, 1943 at Fort Oglethorpe, GA and did his basic training at Camp Shelby, MS and his advanced training at Camp Blanding, FL.  He was deployed for England arriving on April 14 1944.

His unit, the 9th Infantry Division, hit Utah Beach on June 10, 1944 (D day plus 4) and cut off the Cotentin Peninsula driving onto Cherbourg where they attacked and penetrated that port's heavy defenses.  It was during this offensive that Pvt Fritts was killed in action on June 30m 1944.  He was awarded the Purple Heart and is buried at Rock Springs Baptist Church, Johnson County, TN 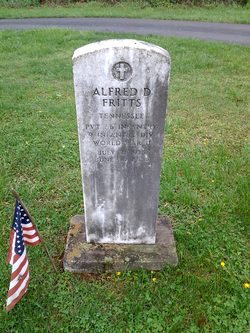 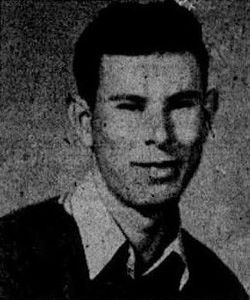