Evans' unit, the 75th Infantry had 18 months of vigorous training at Camp Breckenridge KY and then Fort Leonard Wood, MO and then were shipped to Southern Wales for a month.  There they boarded LSTs for the Channel crosssing debarking at Le Harve and Rouen arriving November 1944.  By Christmas Day they had made a direct assault on a high hill controlling the approach to Hampteau.  Alathough pinned down by aggressive machine gun and mortar fire, this unit took the enemy position, which ended the threat to Hotton  and with no time spent on the liine went directly ito combat to stop the Germans at the Battle of the Bulge in the Ardennes Forest, Belgium.  It was during this action that PFC Evans was killed in action on January 17, 1945.  He received the Purple Heart and is buried a Henri-Chapelle American Cemetery, Henri-Chapelle, Belgium. 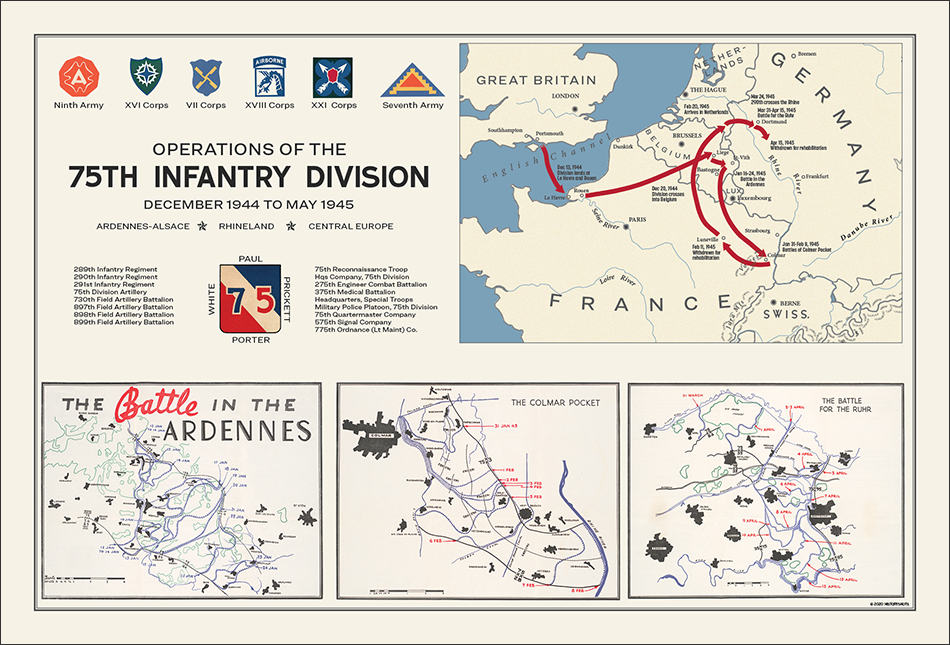 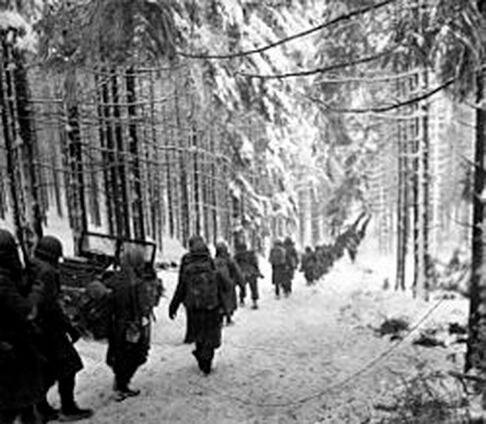