Eggers enlisted on October 13, 1942 and trained at Great Lakes Naval Station.  He went to Ordnance School inn Memphis and was assigned overseas duty at Orote Air Base, Quam.    While there he was fatally injured in an aircraft accident and died on March 3, 1945.  He was awarded the Purple Heart and is buried a Unionn Church Cemetery, Zionville, NC. 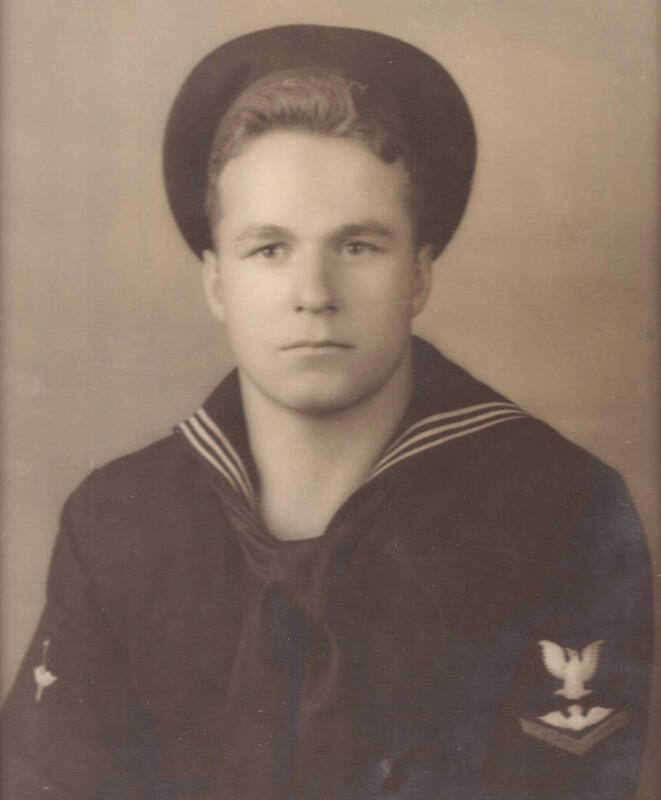 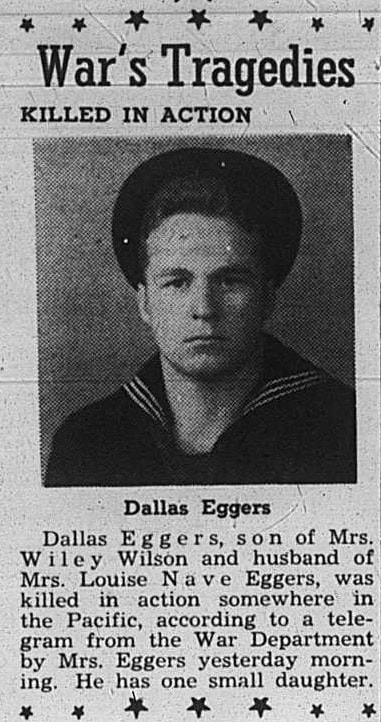