Steagall, began his tour of Vietnam on February 24, 1969.  He was assigned to the 1st Squadron, 1st Cavalry Division. and sent to Landing Zone Jamie, which was about 20 miles north of Tay Ninh in the midst of a bamboo jungle.

When the unit arrived guns and materials have been dropped by choppers for setting up the base.   The Army Corps of Engineers brought in bulldozers to build the fire base and clear the land.  It took them about 2 tweeks to complete building Landing Zone Jamie

​One of the soldiers there later said "All the time the North Vietnamese Regulars were watching us.  It almost seemed like they were waiting for us to finish the Landing Zone so they could attack."

The attack came around midnight on May 12, 1969 with sporadic gun fire.  By 2 am the fighting was fierce.  The North Vietnamese hit the base with 200 rounds of mortar and rocket fire and then broke through the barbed wire perimeter to overrun the Landing Zone.  The 185 American soldiers were surrounded by the larger force  The North Vietnames overran 3 of the 26 bunkers.

However, by morning the US troops had prevailed with air support and incredible heroism on the ground.

PFC Steagall was killed in action during this offensive on May 12, 1969 and received the Purple Heart.  Stegall is buried in the Blevins Cemetery, Shady Valley, TN.
​ 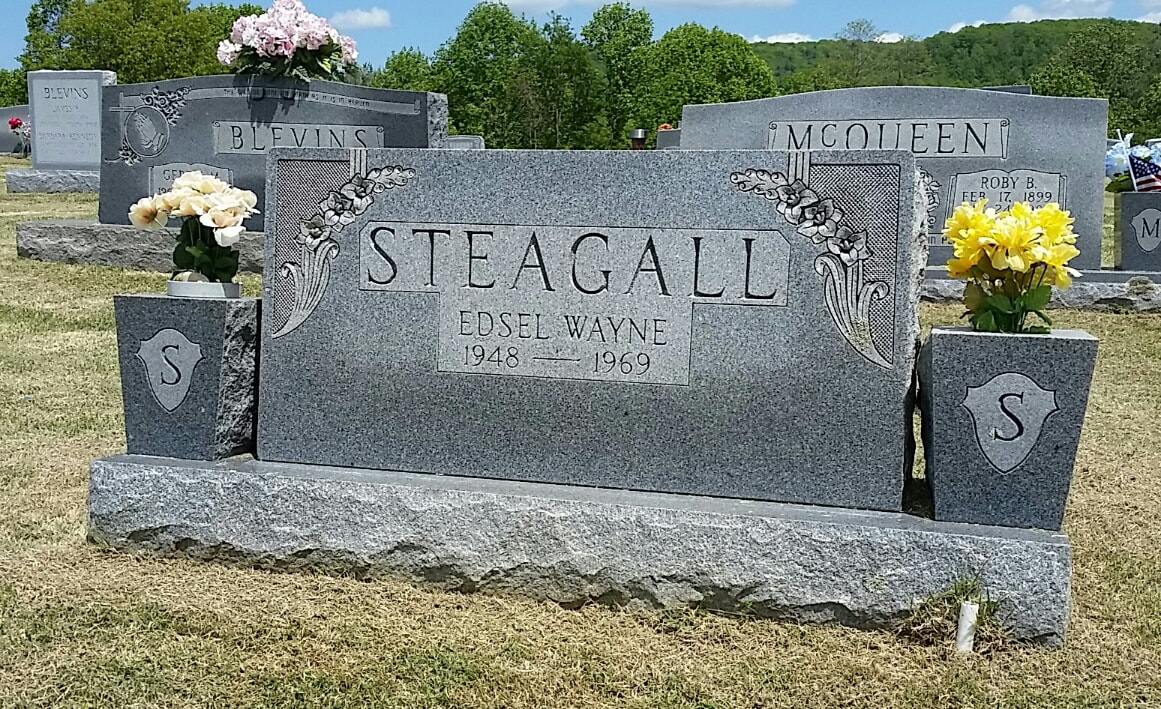