Cable enlisted in 1939 and was assigned to the destroyer USS Pringle, which was hit by Japanese kamakazi plane and sunk
off Okinawa. While working on the wounded, another explosion knocked a torpedo off a rack and killed Chief Wallace. The Pringle sank within 5 minutes of being hit. 69 men were killed that day and 70 wounded. Chief Wallace was the oldest of 2 brothers killed in WW2 and awarded the Purple Heart for his heroism. 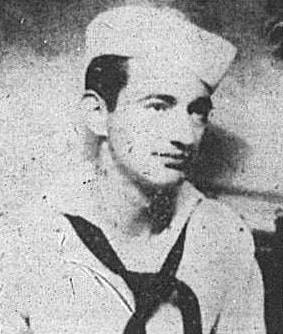